I create visuals, drawings and graffiti, with code.

Graffitizer 2 is part of a series of installations that I’ve created in different iterations, in which drawing machines implement a process that I call Graffitization:  The (computational) process that applies the stylistic principles of graffiti art to computer generated forms.

In this version of the graffitizer, a computer program generates abstract forms which are drawn on paper with a pen plotter. The coloring is also generated by the same program, and projected over the drawing in real-time while it is executed by the machine. Since the same program determines what lines are drawn, it is realatively easy to precisely map the projected colors over the plotted lines with a perspective adjustment. The result is a dynamic and temporary colororing of the permanent drawing left by the pen on paper.

I initially developed the installation with vintage pen plotters, and the latest version (seen in the video above) uses a more modern, and flexible, AxiDraw.

The visual effect of the installation and colors depends on the amount of light present in the environment where it is shown. With a darker environment the result is a form of light painting. 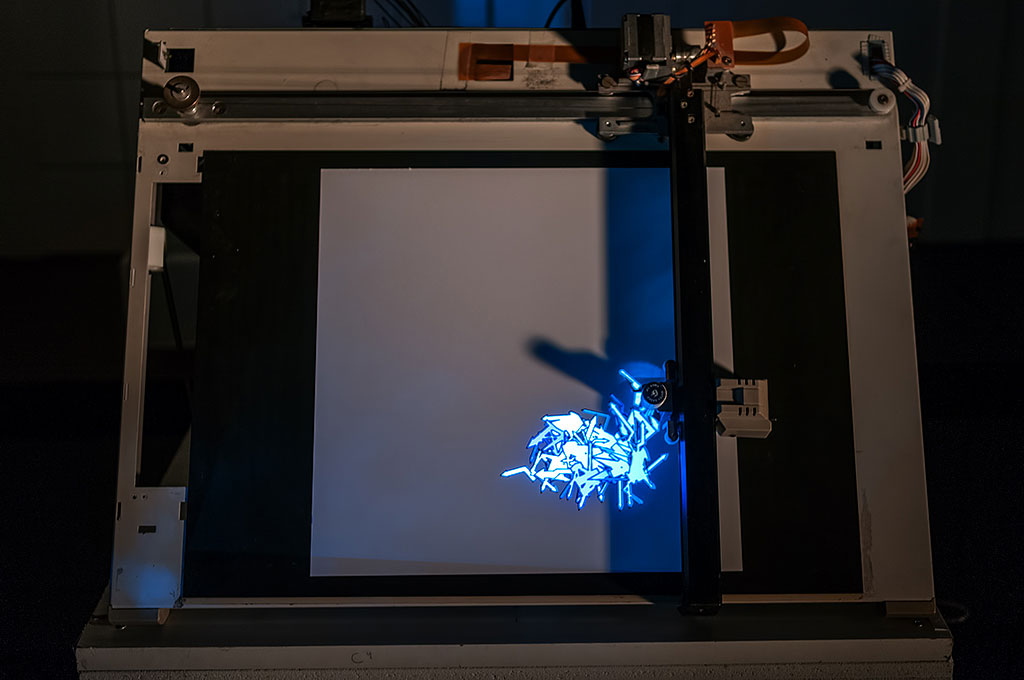 With a brighter environment the effect of the projections becomes ambiguous, and it can be difficult to tell if the colors are produced by a pigment or by a projection. The photos below are from 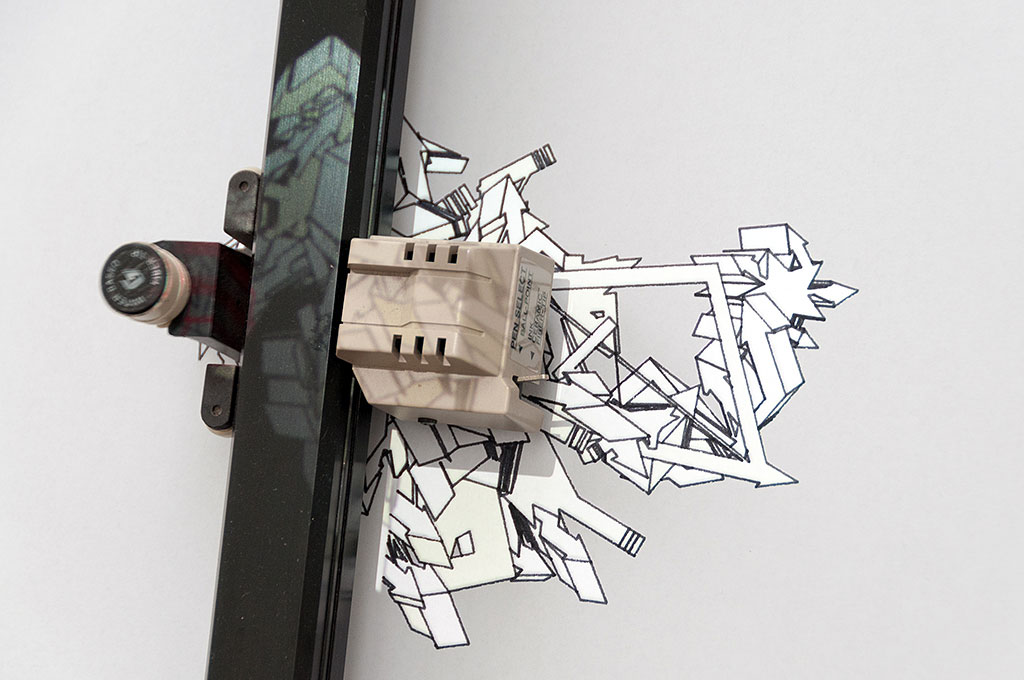 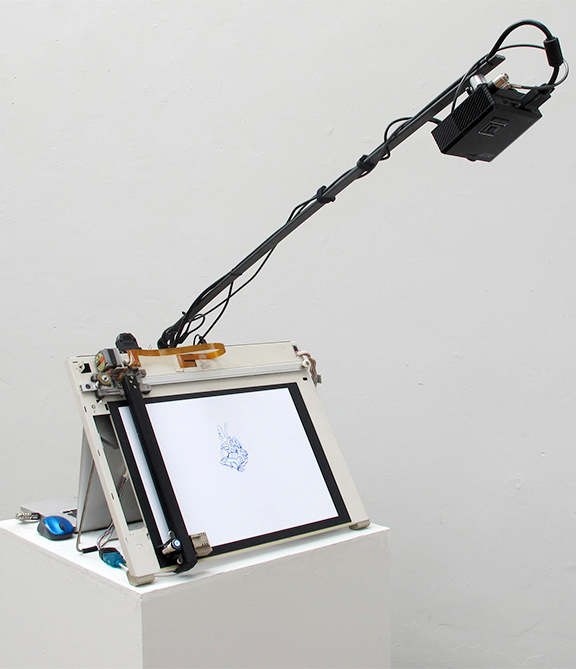 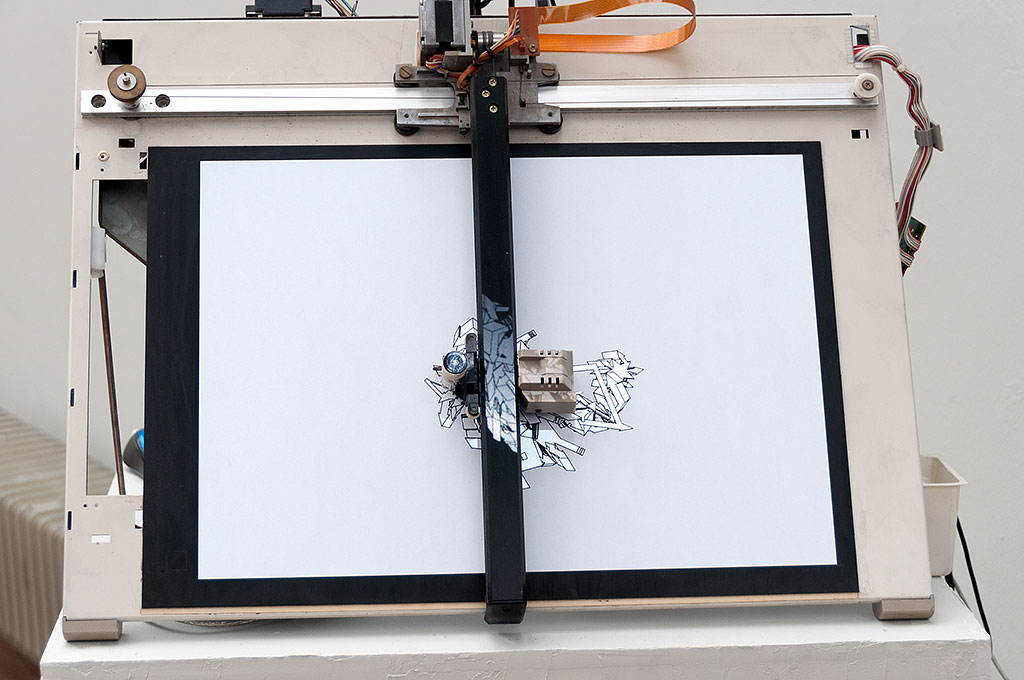 The photos above have been all made by the wonderful Ed Jansen during exhibitions of the installation in the Netherlands.